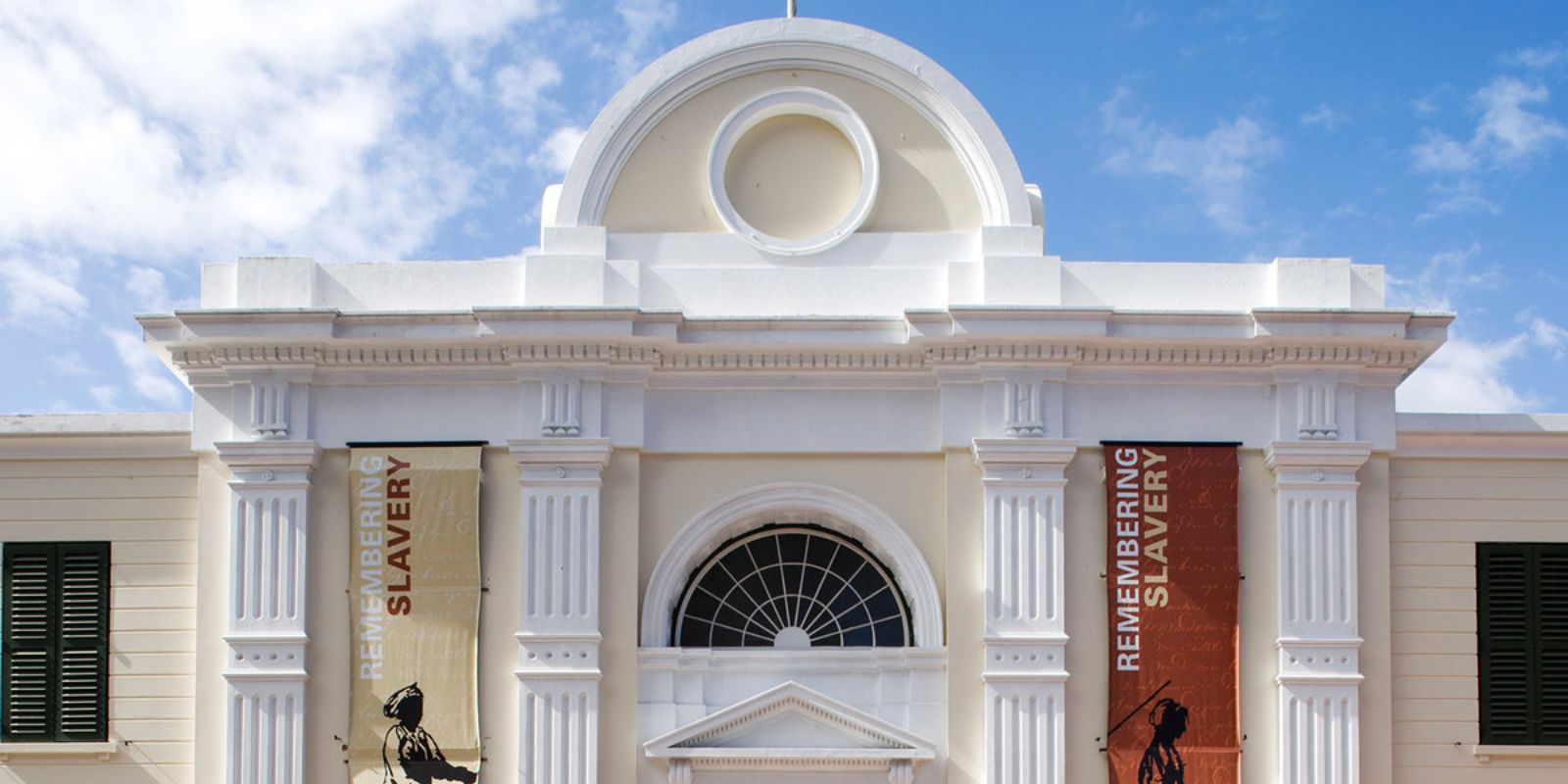 As a centuries-old city with a checkered past, Cape Town has layers upon layers of history to explore. Here is our pick of just a few of the museums – ranging from the horrors of slavery and genocide, through medical breakthroughs, to the joy of engines and toys.
If there’s a museum you think should be added to this list, please email editor@whatsonincapetown.com.

THE HEART OF CAPE TOWN MUSEUM

Internationally renowned as the venue of the world’s first heart transplant (under Prof Christiaan Barnard and his team on 3 December 1967) this museum honours all who played a role in this medical milestone. A guided tour recounts the events of the historical day while showing the journals and letters written to Chris Barnard.

Founded in 1825, Iziko South African Museum is the country’s oldest museum. The museum has exhibitions of more than 1.5 million specimens, accumulated over almost 200 years, including ancient fossils and stone tools, rock and meteorite samples, lifelike recreations of South Africa’s indigenous people, as well as marine and wild animal displays and features. The museum also has on display the Wale Well, a unique collection of whale skeletons, including a giant 20.5-metre blue whale skeleton.
A small entrance fee applies.

This perfume museum (and workshop) is the first and only one of its kind on the African continent. On the grounds of the Huguenot Museum in Franschhoek, the comprehensive permanent collections, innovative exhibitions and display cabinets filled with perfumes of all ages (including an ancient Roman one that’s around 2 000 years old) make for a fascinating experience. The museum has about 4 500 perfume bottles, collected over the past 20 years by founders, Dimo and Daniela Kumanov. Access to the workshops is by appointment only.

House in one of Cape Town’s oldest buildings, the Slave Lodge uses its temporary exhibitions to address and raise awareness around human rights. The lower storeys focus primarily on past slavery, whereas the upper galleries include older displays, such as ceramics from across the globe, silverware of Cape, Malaysian, Russian and English origins and Egyptology collections.  The Slave Lodge is closed Sundays, Worker’s Day and Christmas Day.
A small entrance fee applies.

The first of its kind, 18 Gangster Museum is an innovative living museum that seeks to provide a positive alternative and life path for Cape Town’s most gangster-ridden communities. Incorporating immersive text, imagery and a replica prison cell, as well as qualified tour guides and ex-offender curators, the museum is as inspirational as it is educational.

Costs start at R90 for a museum tour), R450 4-hour walking tour into the high-density suburbs and for a cycling tour R550.

The Franschhoek Motor Museum has an interesting collection of automobiles with the car’s history attached. With more than 100 years of motoring history housed there, the categories include Antique, Veteran, Vintage and post-vintage, Post 1945 and Post 1960. The four exhibition halls include noteworthy cars, such as the Ford Model T, Alfa Romeo Spider, Bugatti Type 23, Buick Marquette and Mercedes-Benz W21. Other car marques include Bentley, Rolls-Royce, Ferrari, Porsche and Aston Martin, among others, even in recent years. The specific automobiles selected for display are alternated to keep things interesting, making return visits a must.

District Six Museum is an iconic cultural hub of learning in Cape Town, home to the memories and histories of forced removals under the Apartheid regime in South Africa. The museum is a carefully curated space promoting social justice for the community of District Six while serving to be a place of learning and deep reflection on the harsh truths of this history. It encourages visitors to confront the realities of the past by observing the stories of forced removals through collections, exhibitions and education programmes.

Much of the Museum’s work exists beyond the physical interior; on the vacant site of District Six, which has been nominated as a National Heritage Site, visitors are allowed to walk through, to fully gauge the size of the removal destruction. District Six Museum allows visitors to wander in and take a self-guided tour. The exhibitions incorporate multiple forms of documenting the stories, showcasing the history of District Six through visual and sound elements, with audio narration and written transcriptions of the lives of former residents, a collection of photographs some taken by families of the area and artwork by community artists spanning from the 1940s to the 1990s. Guided tours led by ex-residents of the area are available, booking in advance is essential.

The District Six Museum is facing the dreaded reality of closure, which would mean a major loss of a deep-rooted cultural institution that encourages community activism and storytelling. The Museum requires urgent support to keep its doors open and continue educating and sharing a history that should not be forgotten, send a ‘Love Letter’ to District Six Museum by donating R50 monthly (the cost of entrance into the Museum) or donate R110 once-off (cost of a guided visit).

CASTLE OF GOOD HOPE AND ITS MILITARY MUSEUM

A visit to this museum is a discovery of the Cape’s military and political history. It houses one of the country’s finest sword collections and includes factual information, historical accounts and some well-preserved artefacts and exhibits from the 16th to the 19th centuries. Information about South Africa’s wars and the military connection between the Portuguese, Khoi, Dutch and English nations is available at the museum. The museum also has a shop on site to purchase some keepsakes and curios.
The entrance fee is R50 for adults, R25 for SA pensioners, R25 for children and students and R8 for booked school groups.

South Africa’s divisive and tragic history is explored with an emotional tour of Robben Island, where freedom fighters were jailed during the apartheid regime. The museum is part of a World Heritage Site with a special focus on conserving the island’s natural and cultural resources as well as promoting it as a platform for critical debate and life-long learning. Tours take place daily at 9am, 11am and 1pm and visitors are transported to the island via ferries which depart from the Nelson Mandela Gateway at the V&A Waterfront.
Entrance fees are R380 for S.A visitors, R550 for international visitors, R200 for S.A children (0 – 17 years) and R300 for international children.

Iziko Bo-Kaap Museum (IBKM) is one of the earliest homes built in the Bo-Kaap area, dating back to the mid-eighteenth century. The museum, situated in the historic area that became home to many Muslims and freed slaves after the abolition of slavery, showcases local Islamic culture and heritage. The house was declared a National Monument in 1965 and restored in the 1970s. The Museum was established in 1978 as a satellite of the SA Cultural History Museum. It was furnished as a house that depicts the lifestyle of a nineteenth-century Muslim family.
The entrance fee for Adults is R20, and for children between 6 and 17 years of age R10. Children aged 5 years and under pay R5. School Groups: Booked- R5; Unbooked- R8. South African pensioners and students (valid cards): R10.00/ Free entry on Fridays. Entry to the museum on Commemorative days is free.

The museum offers interactive audio-visual presentations, rare artefacts and dynamic displays that document how the Jewish community added significant value to great industrial empires and major metropolises within South Africa. Showcasing South African Jewry’s early roots and highlighting a community that actively helped to develop and build up the nation through extraordinary influence, and who continues to thrive and impact society at every level. As an added attraction, the museum is home to one of the world’s finest collections of Netsuke, Japanese miniature art.

A touching commemoration tracing the story of the South African Jewish community as a cohesive unit in the diaspora and their strong strides towards establishing great social, political and economic impact in the country.

The Cape Town Holocaust Centre was established in 1999, and 2007 expanded into the Cape Town Holocaust and Genocide Foundation following the introduction of the study of the Holocaust in the National High School Curriculum. The centre raises awareness of the Holocaust history, other genocides and human rights issues. The centre houses a permanent exhibition on the history of the Holocaust through texts, archival photographs, film footage, documents, multimedia displays and recreated environments. It also holds a section on the pseudo-science of race that led to antisemitism and the institutionalized racism of Apartheid.  It is closed on Saturdays and Jewish holidays.

A visit to the Cape Town Diamond Museum brings a lot of knowledge about the diamond industry, the history of diamonds and diamonds in South Africa. Mining gear, famous diamond replicas, historical artefacts and specimens of natural kimberlite are on display. Visitors also get the chance to see how diamond jewellery is manufactured to the final product.

The Hout Bay Museum on Andrews Road gives visitors an insight into the natural and cultural history of Hout Bay from prehistoric times to the growth of the fishing industry.  Hout Bay’s people, forestry, mining & fishing industries are all displayed in the museum. Admission to the museum is free. It is, however, closed during weekends and public holidays.

Simon’s Town Museum was established in 1977 by the Simon’s Town Historical Society. The Museum was originally housed in the old Simon’s Town Municipality complex but moved to “The Residency” in 1982. The building has a long history, having been used as a hospital, post office, school, customs house, police station, gaol and magistrate’s court. The Simon’s Town Museum collects and exhibits the cultural history of the people of Simon’s Town and their connections with the Dutch East India Company and the Royal Navy.

Dedicated to toys of all shapes, sizes, models, makes and themes, the Warrior Toy Museum is a great place for the young and the old to visit. It is a place to create new memories with children, expand collector’s knowledge, or take a trip back in time, as nostalgia reawakens the golden days of childhood.

There is nothing quite like this toy museum in this part of the world – it’s well worth a visit. Besides having some awesome toys, dolls, and trains, it also has some awesome die-cast model cars and planes. Percy, the owner, is a legendary figure in his own right. He has been doing this for years and is passionate about it.

Visitors are invited to time travel to experience the early history of Cape Town through fascinating artefacts, detailed displays, exhibits, models and large graphic information boards. The battery is often wrongly labelled as a colonial edifice. However, it arose not out of colonialism but from something completely different: globalization.

Times: Tuesday to Thursday 9am to 4pm

Groot Constantia dates back to 1685 when the land was granted to Simon van der Stel – thus making it one of the oldest commercial wine farms in South Africa. Its Orientation Centre in the Jonkershuis complex uses panels, objects and archaeological displays to give an overview of Groot Constantia from the past to the present, including slavery on the estate. The Homestead, with its exhibition of furniture, paintings, textiles, ceramics, brass, and copperware, provides an insight into the life of a successful 18th to late 19th-century Cape farmer. Admission is R30 for adults, and R15 for kids aged between 6 and 17. Under 5s pay R5.00