Craft Breweries and Taprooms in the Cape 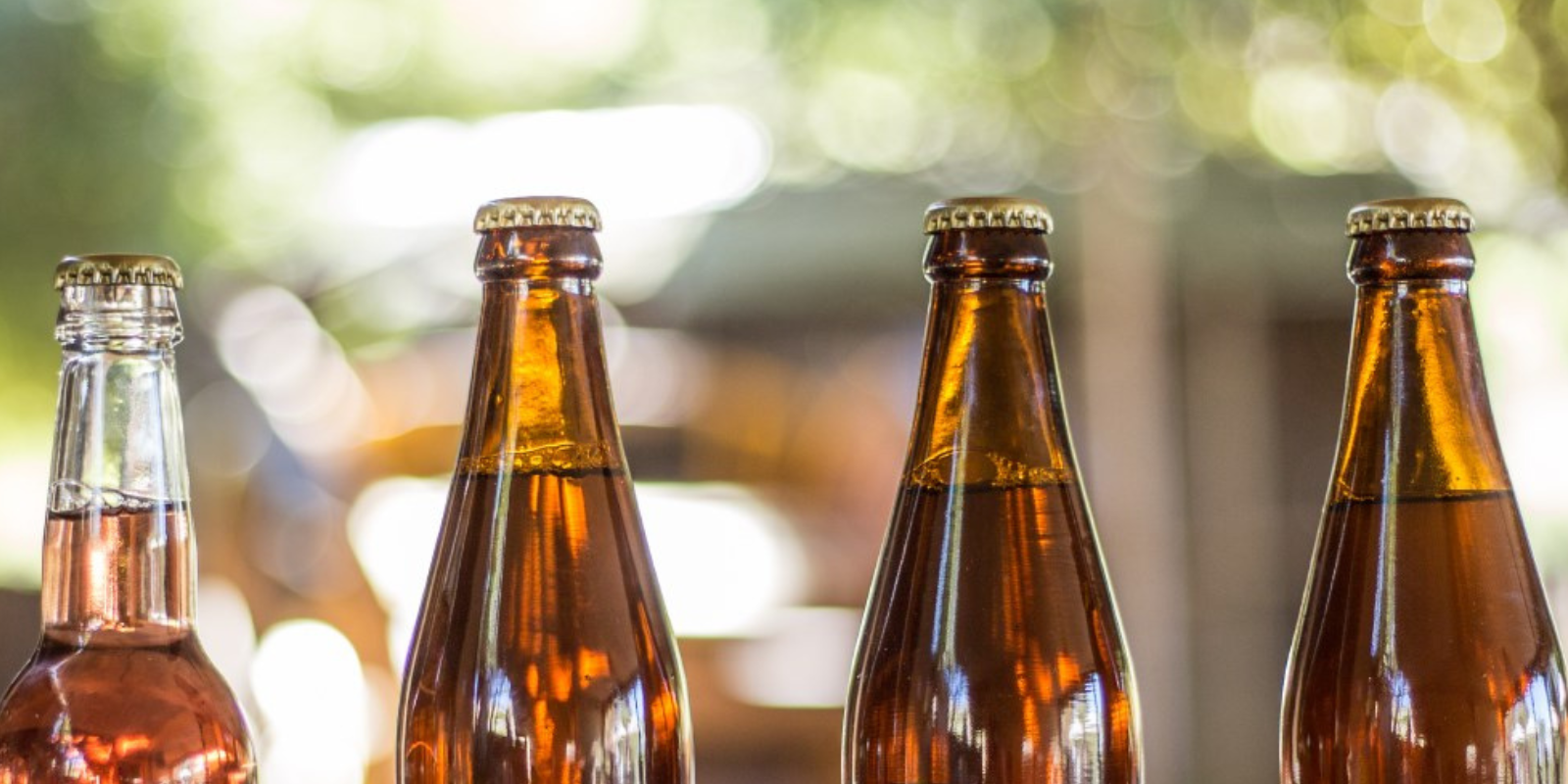 As much as Cape Town is known for its lavish and lush wine farms, there is yet another aspect that makes it stand out from other South African cities. Well, quite a few, if we’re being honest. However, for the sake of this article, we’ll try to stay on topic. We’re referring to the other alcoholic beverage. Not one of grapes, but grain and hops. We’re referring to the massive variety and collection of craft breweries and taprooms in the Cape.

Have we missed any of your favourite spots? Please let us know in the comments below or email editor@whatsonincapetown.com

This light-hearted brewery is a family-friendly taproom in Noordhoek. They opened their doors back in 2015, and have been making a collection of beer whilst simply having fun and making friends in the process.

What really makes this brewery stand out is the fact they genuinely and purely love coming up with new ideas and sharing them with their community and patrons. Every week they have a new beer that they release, with experimental flavours such as watermelon and ice cream key lime pie. That being said, they still stay true to their core beer collection. These are the Red Rye, Midnight Porter, California Common, and famous IPAs.

Guests can enjoy the beautiful view of Noordhoek Beach as they sit down on the sundowner deck and sip their drink of choice, whilst the kids run around on the playground. Not sure what beer to get? Try the tasting tray of five beers they have on offer. Or, if you simply feel like having a fun sober time, the Aegir Project also has some of the best pizzas and incredible coffee on their menu.

The Shackleton Brewery is situated in the streets of Salt River, between Observatory and Woodstock. Here, in the urban grid, all their products are produced on-site by using a brewhouse imported from across the pond in the UK.

The company was started by Steve, the head brewer, after he embarked on a three-month excavation to Antarctica to research climate change and oceanography. During this time, he learnt all about Sir Ernest Shackleton and his accomplishments as an explorer. With a fondness and admiration for Shackleton’s innovation, leadership and survival skills, Steve saw it fitting to name the brewery in honour of such a man.

Located upstairs above the brewery is the Shackleton Taproom. Here, guests can enjoy the industry-leading craft beers or taste the Vodka Iced Teas that the company showcases to the community. Enjoy the best-sellers or the “Otherwise? Welsh” beer, if not for the flavour, simply for the write-up stroke of genius.

This brewery, was devised with a beautiful goal in mind. With a desire to create a brand that welcomes people from all walks of life, Local Brewery celebrates their difference rather than simply reaffirming the common grounds or similarities. By creating a space that makes the patrons feel welcomed and at home, like a local, the brewery grants visitors a chance to share their stories over a beer.

Tastings are available for guests as bartenders pour beers straight from the tanks. If you’d like, you can grab a seat inside the seating area or outside in the courtyard whilst you enjoy your drinks. Local Brewery claims to have one of the longest bars in town that separates the seating area and the brewery itself, so there is more than enough seating space for patrons to enjoy their drinks on their own time.

This brewery was founded to embrace African history and preserve the original and true taste of local beers from our African roots.

The founder, Lethu, fell in love with craft beer when he was still tending bars many years ago. He then attempted to brew his own beers from home but felt something was amiss. Soon after, he discovered that he wanted to make beers that resonate with his culture, and ipso facto, Ukhamba Beerworx is the result of his relentless hard work and determination.

The brewery boasts a variety of specialty African beers made with passion and love, but above all, consistency. Guests can expect to find upbeat and vibrant music from different local artists along with the resident DJ. Enjoy the crisp cold brews as breathtaking views compliment the ambience of a typical South African and welcoming experience.

For our inquisitive readers, the name Ukhamba refers to a clay pot that was used to share and pass around the traditional beer (umqombothi) of African tribesmen in a circle of fellowship. They had big pots for brewing and small pots as drinking receptacles. So, in a sense, with every sip of Ukhamba beer enjoyed amongst friends, we are technically celebrating African heritage.

In the trendy streets of Muizenberg, there is a rock ‘n roll-themed brewery that serves as a restaurant and taproom in one. With the trendy decor that makes you feel as though you stepped into an old Blues bar in the middle of America, this joint is a local and surfer favourite.

The Striped Horse beer has three variations of liquid courage. These are the premium lager, pilsner, and milk stout. Each of these is expertly brewed with the finest ingredients and craftsmanship that results in a crisp and refreshing modern beer.

Grab a drink inside whilst enjoying the music of local and talented musicians, or sit outside as you listen to the calls of the seagulls, and watch the waves of the ocean on a beautiful sunny day.

Woodstock Brewery is situated in the middle of, you guessed it, Woodstock. However, there is an additional taproom a little ways down the road in the bustling streets of Observatory.

The actual brewery in Woodstock, crafts some of the finest brews in the country and offers a chance for guests to gain insight into the brewing process as they meet some of the brewers. These brewers are the brilliant minds responsible for the beers and their delicious flavour combinations. Speaking of the brews, Woodstock Brewery currently produces twelve different beers and distributes them all across South Africa.

Above the brewery is the Woodstock Beerhall. This is where guests can sit down and eat some Bavarian Beerhall-style food whilst enjoying the beers on offer. There are also tastings that patrons can partake in. If you’d like to catch a breath of fresh air, there is an outside patio with tables for guests to enjoy the Cape Town urban scenery as they sip on their brew of choice.

Starke Brews was founded by Robert Starke in hopes to share his brews made with passion and sustainability as fundamental elements.

The beers carry their own prominent and distinctive characteristics. This is displayed through the beer names and rich conceptual visuals found on the packaging or labels. These names and visuals stem from stories regarding the history of the Starke Brews farm or the farm’s general unique qualities.

Situated in the winelands of grassy green Durbanville Hills, this microbrewery serves an array of delicious beers and pizzas in a relaxed and tranquil atmosphere. The surroundings of the brewery allow guests to enjoy a spot of sun as they cycle on the numerous world-class mountain bike tracks on the Contermanskloof farm.

Bring the family and enjoy the relaxing outdoors at the Starke Brewery.

Hoogeberg brewing company is situated on the ever-popular Hooggelegen Farm. This might sound familiar to you because it is the Signal Gun Wines farm.

Hooggelegen Farm is one of the oldest family-owned wine farms in the Durbanville area. It has been in the De Wit family for over six generations. And, with a special thanks to M.J. de Wit and his wife, Estani, for following their dreams and vision to make Hooggelegen Farm a family-friendly destination, Signal Gun has been running since 2010. However, the farm has evolved from a quaint food and wine restaurant into a full day’s visit with additional tasting rooms and a craft beer range.

The cellar master, M.J de Wit, decided to take a leap of faith and delve into a new direction; craft beer. With great success, the farm now brews a variety of craft beers to choose from. These can be tasted and enjoyed on the farm or taken home in their new and cleverly designed labelled bottles.

So, essentially, if you have family members that might not be intrigued by craft beer, then perhaps the wine on offer from the wine farm will tickle their fancy. Because of the variety, we believe Signal Gun to be a great place to visit.

The Kings Craft group was created and developed out of a passion to craft products. The company is locally popular for the delicious artisanal coffee and craft beer products they produce.

Cliff, one of the founders, started brewing beer with a home kit back in 2009. A few years later, he came in contact with William Battersby, an experienced FMCG Sales Director, and together they started the Kings Craft Brewing Company. Together they produced their first LionHeart Lager in 2013, and since then, the company gained a lot of shareholders and has grown exponentially.

In 2017, Kings Craft Brewing Company moved into a warehouse which serves as its base of operations, cold room, entertainment area, and taproom all under one roof.

Grab your choice of drink, whether it’s beer, coffee or even the gin and tonic, there is something to entice all patrons. See here to shop for some of the bigger scale items such as kegs or taps.